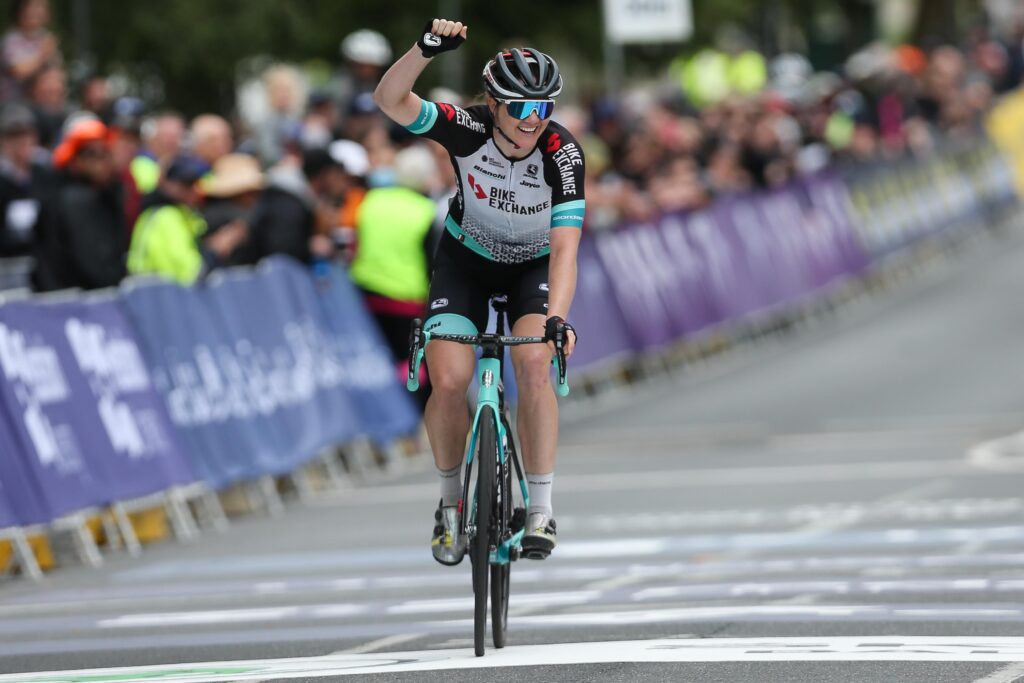 Team BikeExchange took a famous one-two at the Australian Road Race Championships, after a dominant performance sawSarah Roy solo to victory ahead of teammate Grace Brown in Ballarat.

Roy made it into the five-rider breakaway on the opening lap of nine, before attacking her fellow escapees on Mount Buninyong with 55km to go. The move split the break into pieces, with only Lauretta Hanson (Trek-Segafredo) able to stick with the 34-year-old as the duo headed across the line with three laps to go.

The gap back to the peloton stood at four minutes, with Team BikeExchange teammates Brown and Lucy Kennedy marking the counter attacks behind. Roy then made her decisive move with 30km to go, once again attacking on the climb to drop Hanson and go solo.

As the bell rang out for the final lap, the gap back to Hanson was 55 seconds, with Roy on course to take her first national road race title. Back in the peloton, Brown made her bid for the silver medal as she jumped across to the group ahead before attacking them inside the final five kilometres.

There was no catching Roy and the victory began to sink in as she crossed the line to take a dominant win, while Brown proved to be the strongest in the two-up sprint for second place, making it a one-two for Team BikeExchange.

Sarah Roy:
“I can’t believe it, I did not expect this coming into today. I’ve never won the green and gold before, so I’m super stoked. Thanks to my awesome teammates, Grace got second too.

“We just had to play to our strengths today and my strength is being in a break and the best chance that I have. So that was one card, and I knew I could trust my teammates behind to follow anything from the likes of Sarah [Gigante] coming from behind.

“I felt pretty confident that we would have a good race today, I didn’t think it would be me across the line first, but I think as a team ride we can be super proud of that.

“I never get confident enough to think that I’m going to win it on this course, anything can happen, even in the last 500 metres. With one kilometre to go my team car came up and said ‘you’ve got it, you’ve got it’, but still with 500, 200 metres to go I kept checking my shoulders to see if anyone was going to do a late flyer, you never know!

“I wasn’t super confident until I crossed the line actually, I had to play the tactics and when there was a group coming from behind I attacked on the QOM. I just thought ‘this is my only chance’, push this out a bit further, so I think tactically we can be really proud.” 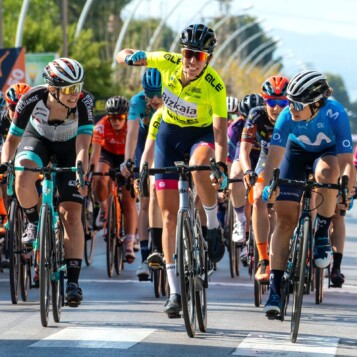 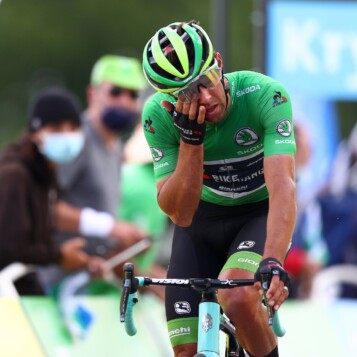