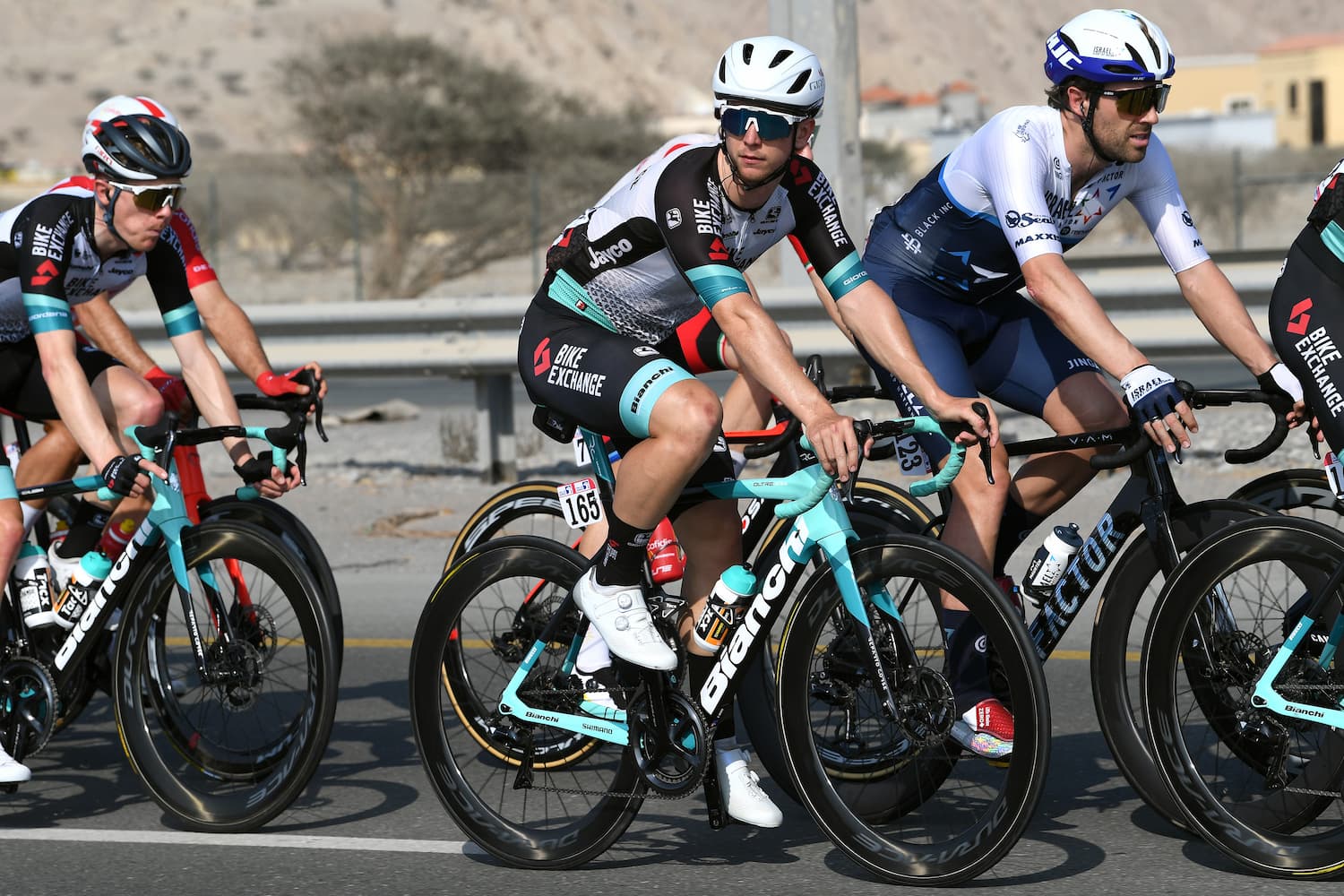 Australian criterium champion Kaden Groves sprinted to his second top-10 of the UAE Tour with a strong seventh place on stage six in Dubai.

The day came down to the predicted bunch sprint finale on Palm Jumeirah, but not before the peloton was split in half by the crosswinds at the midway point of the stage. The split was short-lived, but the action saw the time gap to the six-rider breakaway fall dramatically.

The bunch eventually reeled in the escapees inside the final 20km and despite a brief solo attack, the stage was set for a sprint finish. Team BikeExchange began to move up inside the final five kilometres, with Ethiopian Tsgabu Grmay powering to the head of the pack as the flamme rouge approached.

Groves was dropped off in position by Kiwi Jack Bauer, but as the sprint opened up, the 22-year-old found himself boxed-in against the barriers with nowhere to go. Sam Bennett (Deceuninck – Quick Step) eventually sprinted away to take his second stage win of the race, while Groves found space to get up for seventh place.

Kaden Groves:
“A lot better today, especially with the guys, we really lined up well and reached the best line. Maybe it was only a bit too early, but the guys all did their best and we were fine to take that position at that time.

At the end I probably gave up a few positions trying to avoid the wind, maybe I shouldn’t have tried that, but these things can happen when you are finding the best position at full speed shoulder to shoulder to the finish line.

We have been better each day, we haven’t done so much work together in the past and I must admit that it is really encouraging to see how well we are evolving with this squad and this makes it pretty encouraging. We are aiming at the right direction.“ 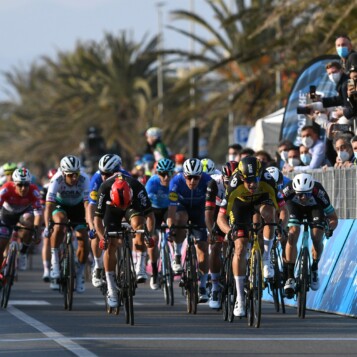 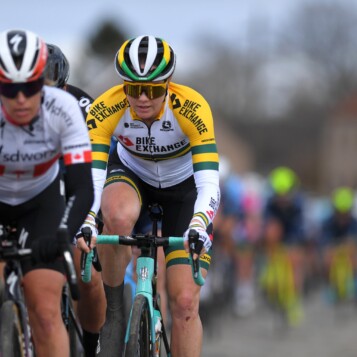