Australian Nick Schultz climbed to his maiden victory on European soil with a stinging late attack on today’s summit finish to stage two of the SAZKA Tour.

Team BikeExchange controlled the peloton throughout the 204km Queen stage before teeing up Schultz on the final climb to the finish. The 26-year-old went clear in a select group of six as the peloton whittled down on the slopes before launching his decisive attack inside the final two kilometres.

The former Herald Sun Tour stage winner raced away from his rivals to take the stage two win by seven seconds and move into the race lead with two more stages remaining in the Czech Republic.

Nick Schultz
“Today was a really long stage with a hard final 100km, but the boys were simply amazing. They worked all day and looked after me perfectly. To have them commit to me like this, gave me a lot of motivation to try and finish the job.

Unfortunately, my grandad is very ill, so he was in my mind a lot today and I really wanted to give him something to smile about. It’s difficult not being able to be back in Australia at this time, but he gave me a lot of strength today and for sure I also wanted to do my teammates proud because they worked so hard.

We still have a hard final two stages to come, so I will do my best to continue to race hard with the team and hold onto the leader’s jersey.”

Matt White (Head Sports Director)
“I’m very happy for Nick, when he left the Giro with his broken hand, we left with a goal of him targeting this race and winning the overall. One step of taking the win here has been completed today.

The boys rode very well, it’s the second day in-a-row that we’ve taken control and Nick finished it off by winning the hill-top finish.

I don’t know what the gaps are yet, but we go into another Queen stage tomorrow with the lead and the goal of controlling the stage and keeping Nick in the leader’s jersey.” 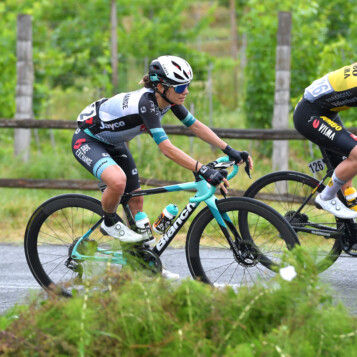 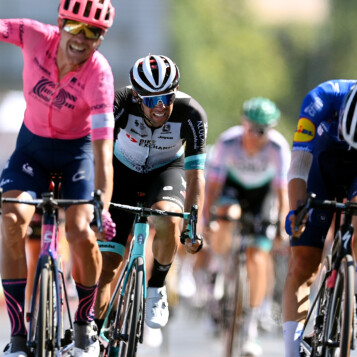