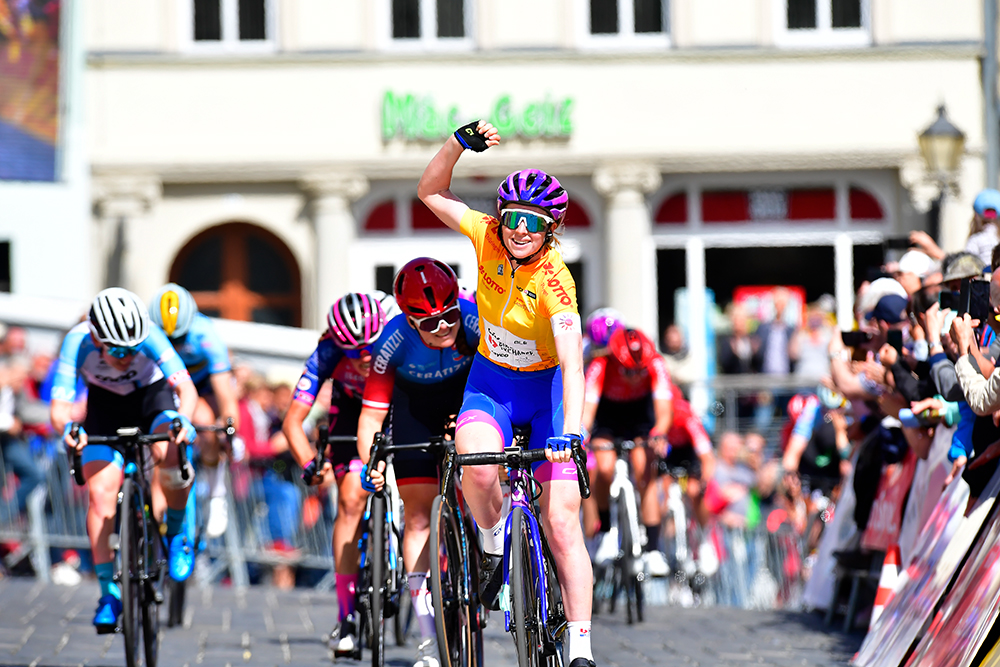 Team BikeExchange-Jayco’s Alex Manly wrapped up the 2022 LOTTO Thüringen Ladies Tour GC on Sunday in stunning style, taking her fourth stage victory of the week to confirm herself as the overall winner.

The Australian won the uphill drag race to the finish line in Altenburg after a day of full-on attacks in the peloton, to bring to a close a memorable race for both herself and the team, which won five of the six stages thanks to her four successes and a victory from Georgia Baker earlier in the week.

Manly also sealed the points classification, to put the finishing touches to an outstanding team effort that saw each rider play an important role throughout the six days.

Stage 6, a 104.3km rolling parcours starting and finishing in Altenburg, was a case of bringing it home for Team BikeExchange-Jayco, but it was far from a formality for the team who had to work hard to respond to numerous attacks and keep the race under control.

With a flurry of early attacks neutralised, a small group went away with 65km to go, and TenielCampbell was there to marshal things for the next 20km.

It was full gas to the finish, with a lone breakaway attempt curtailed inside the final kilometres, as the race came back together for a bunch finish.

With a steep finale that the riders had scoped out on previous laps, Manly launched her bid for glory early and it was timed to perfection, as the 26-year-old capped a truly unforgettable race with stage win number four, the GC and the points competition.

Alex Manly – Stage 6 and GC winner:
“The girls rode on the front all day, they controlled the race, and I just got to sit and be patient and go for it on the final climb and into the finish. I didn’t do much, they just controlled the race for me and I’m so thankful!

I always had confidence [in our ability to do it], but in a bike race you never know what’s going to happen! I was really just trying to stay focused and keep switched on, so that I didn’t crash or do something silly.

My team-mates were incredible today, and every day of this week, and I’m just so grateful to them.”

Andrew Smith (Sport Director):
“It’s been another great day for the team, just to top off an amazing week. It’s been fantastic teamwork all round by the girls, and the staff as well.

We were always thinking, in the back of our minds, about this stage as we thought it was something that really suited Alex, and she probably had better legs than most at this stage of the race because the team was so good around her. She managed to save so much energy throughout the week, and in the end that probably made the difference.

There were a few groups going away and there were one or two dangerous moves, but we were never really under pressure and we kept things in check.

Towards the finish in the final 20-30km there was a little group up the road which had Ruby [Roseman-Gannon] in it, that we thought might stay away, and we were kind of hoping we’d give someone else a chance because they’ve all worked so well together. But it wasn’t really cohesive, so in the end they all just pulled together and helped pull it off for Alex.” 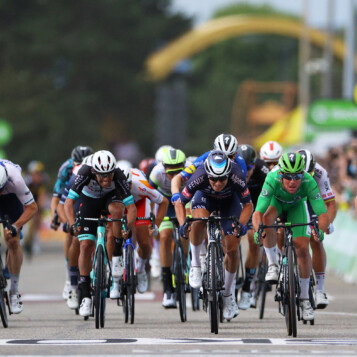 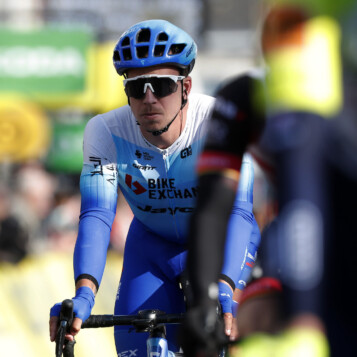