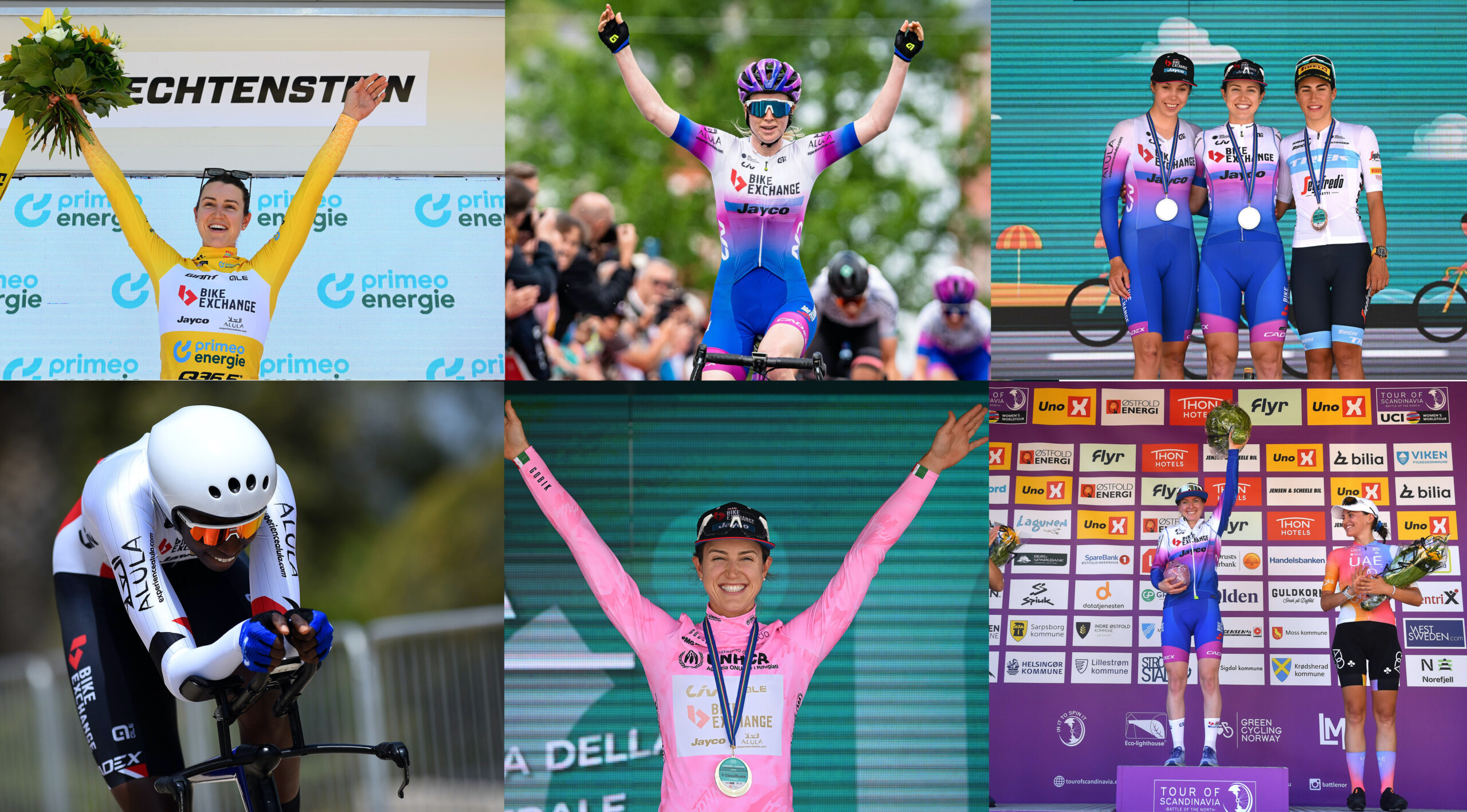 Team BikeExchange-Jayco women wrapped up a fantastic 2022 season on Sunday at the Tour de Romandie, which saw the squad claim an impressive 23 race wins, 14 of them UCI level. Their diverse victories came from a range of races in three different continents, thanks to no less than eight different riders.

The total victory tally reflects the consistency of the Australian outfit throughout a demanding season, but with a large list of podium finishes to go alongside the wins, the team walk away from the year very satisfied and proud of the riders’ results, but also their overall performances and day-in-day-out commitment.

Faulkner Delivers
It took a while for Kristen Faulkner to find her feet after being plagued by illness and injury early in the season, but once the American was fit and health to race again, she made a fantastic come-back. Re-starting in Northern Spain in May, Faulkner flew onto the podium in her first race at the Navarra Classic, before storming to an impressive overall WorldTour podium finish at the challenging Itzulia Basque Country days later.

The 28-year-old continued to deliver consistent results, taking a stage win and another overall podium finish at Tour de Suisse, before an extremely powerful display to claim victory in the prologue at the prestigious Giro d’Italia Donne. The win put the Team BikeExchange-Jayco rider into the very first Maglia Rosa of the 2022 edition, ahead of teammate Georgia Baker who flew to second place.

Faulkner continued to display her World Class level, in what was her debut season with Team BikeExchange-Jayco, going on to win stage nine of the Giro d’Italia Donne solo, before securing the overall victory in the mountain’s classification to conclude the demanding 10-day race.

Manly Steps-Up
A stand-out season came from 26-year-old Alex Manly, who turned her track legs into road legs, as the former track world champion went from strength to strength throughout 2022, fighting back from numerous near misses, to finally clinch her first professional victory at Lotto Thüringen Ladies Tour in May. Once Manly had that first win under her belt, her confidence shone, and she went on to win three more stage and the overall title, completely dominating the German Tour.

The rider from Adelaide then continued her great run of form in the UK, as she rode to second place on stage three of the Women’s Tour, delivering her first ever podium finish in a WorldTour level race. The momentum continued as Manly headed to Scandinavia in August where she finally clinched her maiden WorldTour race victory on stage four of the Tour of Scandinavia.

Proving she can beat the world’s best not only on the track but now also on the road, 2022 was a season to remember for Manly, with the women’s WorldTour peloton sitting up and taking note of the young Australian’s talent and abilities.

Championship Titles
It was also a season of world-wide wins from a wide range of riders. Stepping up into the UCI Women’s WorldTour, 23-year-old Ruby Roseman-Gannon got her season off to a strong start Down Under, winning her first race in Team BikeExchange-Jayco colours with a victory at the Australian Criterium Championships. The new 2022 recruit then went on to win the overall title at the Santos Festival of Cycling, plus stage wins along the way and victories at Bay Cycling Classic.

It wasn’t just at national level where the titles came, Australian Georgia Baker shone at the Commonwealth Games in Birmingham, taking two titles on the track before transferring to the road and claiming the gold medal. Then, back on home soil in September, Baker joined up with Manly and took a special bronze medal in the UCI World Championship Mixed Relay event for Australia, making it a year of diverse victories and podium finishes for the team.

Brent Copeland – General Manager
“2022 was great for our women’s team, the whole team raced consistently, and I think we can say the Giro Donne was a standout race for the team. Taking a one-two on the first day, beginning such a prestigious race with a victory and to take the Maglia Rosa, that is very special. It also demonstrated how the whole team stepped up in the time trial discipline across the board, a reward for the work everybody put in.

Through various ups and down, the riders and staff stayed motivated and always bounced back to take consistent results throughout the entire season, so we can be very proud of how they performed, and it gives us more motivation for 2023 and as we continue to watch the women’s peloton evolve.”

Martin Vestby – Head Sport Director
“It was a great year for us, we had some very special victories and saw a lot of potential in riders, for example Manly and Faulkner, who both really stepped up a level and showed everybody what they are capable of.

It took a while for us to get the ball rolling in WorldTour races in 2022. We enjoyed success Down Under with Ruby and then in Europe we consistently had top-five results, many second places, getting so close to victories but not quite. In May, things turned around, everybody stayed really motivated throughout the frustration of near misses and the team had an incredible performance at Lotto Thüringen, taking four wins and the overall title. From then on, we had some impressive wins and continued with consistent podium finishes.

We can be very proud of the season, not only for the results on paper but how the team raced. We fought back through some difficult times with COVID-19, like when our GC leader Amanda Spratt was forced to leave the Giro and then crashed out of the Tour de France Femmes early on. Everybody showed their determination and motivation and we quickly bounced back with wins. We are already looking forward to 2023 and building on what we have created this season.” 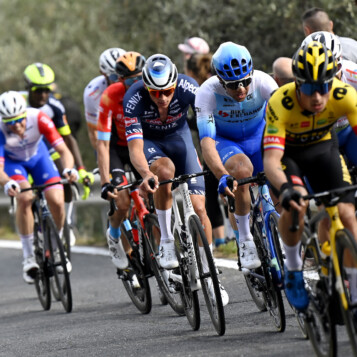 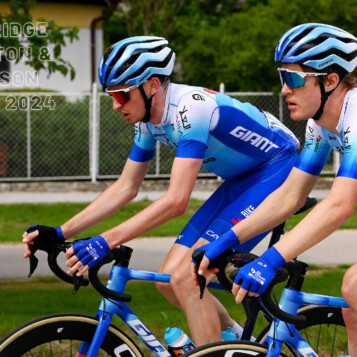